A Child's Christmas is a double bill of two wonderful Christmas stories by two famous Welshmen - Dylan Thomas and Richard Burton. Dylan Thomas' A Child's Christmas in Wales is a seasonal favourite in Wales and beyond, and this wonderful evocation of a child's delight at the festive season has become famous the world over. Richard Burton's A Christmas Story is not as well known, but is a funny, warm and thought provoking account of childhood memories...in many ways it was a conscious response to Dylan Thomas' own childhood narrative. Told by Adrian Metcalfe, this evening's festive entertainment has been described by the press as 'masterful story-telling' and 'perfect festive fare'.

Part One: A Child’s Christmas in Wales

‘Snow grew overnight on the roofs of the houses’

For all of that, however, Burton and Thomas were actors whose love of words shines through these two short but heart warming stories.

Described by the South Wales Evening Post as ‘a joy’, this ‘Welsh Icons Xmas show’ performed by one actor has proved hugely popular.

‘There were very few white Christmases in my part of Wales’…. 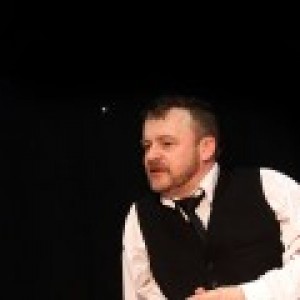