Following our visit in 2011 with Brief Encounters, Actors to Uruguay asked us to return with an adaptation of She Stoops to Conquer by Oliver Goldsmith in April of 2013. The adaptation was by Jonathan Lamb, the piece was directed by Derek Cobley, and featured Llinos Daniel and Robert Rowe. It toured to Montevideo, Santiago and Buenos Aires to great critical acclaim. The show was produced with the support of Wales Arts International.

She Stoops to Conquer – South America 2013

Following an invitation to return to South America with a seemingly impossible task of performing Goldsmith’s comedy with a company of four actors, we managed to produce a fast, high energy, funny and slightly abridged version which played to sell-out audiences in Swansea, Abergavenny and Aberystwyth before embarking on a tour of the Southern Cone.

This time we added Santiago to the tour schedule and were treated to a visit to the Bells of Santiago by the Fire Station to which one of them had been returned from All Saint’s Church in Mumbles.

We ran workshops for students in Montevideo and Santiago and completed the tour by visiting Trevelin and Gaiman in Welsh Patagonia, delivering a harp – which we had affectionately christened Robyn Goch – to the music school in Gaiman, where Llinos ran a harp workshop for the students.

‘What a production the other night – such energetic actors. What a job whittling such a long text down to what seemed to me just the right length…  I loved the level of enthusiasm – not to mention how great it is to see actors enjoying themselves so completely’ 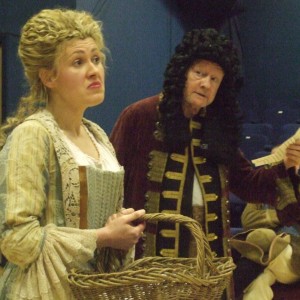 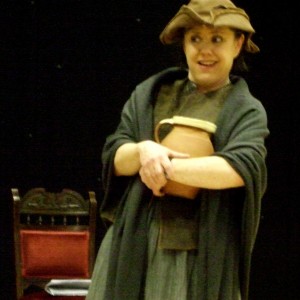 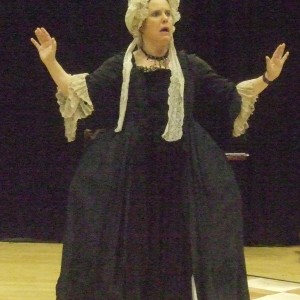 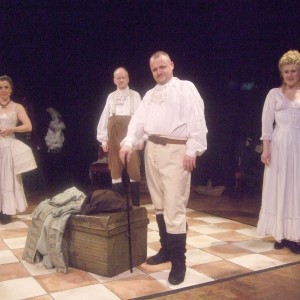