We have been given permission to make an audio version of our production of It's A Wonderful Life - A Live Radio Play available for people to access during Lockdown on May the 21st this year.

It’s A Wonderful Life – One Day Only

For one day only, people will be able to listen to our version of It’s A Wonderful Life – A Live Radio Play which we toured all over Wales in the autumn of 2019. It is free to access and requires a password to access the broadcast. It will be available from 11.00am to 11.00pm on May 21st 2020.

The film script of It’s A Wonderful Life was written in 1946 by Frank Kapra based of a short story The Greatest Gift, by Philip Van Doren Stern. The film became one of the most beloved in American cinema, and has become traditional viewing during the Christmas season.  It tells the story of George Bailey, a man who has given up his dreams to help others, and whose imminent suicide on Christmas Eve brings about the intervention of his guardian angel, Clarence Odbody (Henry Travers). Clarence shows George all the lives he has touched, and how different life in his community of Bedford Falls would be if he had never been born.

Joe Landry wrote this staged radio play adaptation of the film script in 2006, and it has performed to great acclaim in the USA and UK. In Joe Landry’s version, which stays faithful to Kapra’s original, we see the story told by a company of radio actors in a live studio broadcast, complete with live foley sound effects.

“Wonderful show last night – funny, moving, authentic and innovative. It was cold when I walked home afterwards but I had a warm glow!”

‘Absolutely wonderful production. A brilliant idea, brilliantly executed. We absolutely loved every second. Thank you so much. Merry Xmas to all.”

“We watched this performance at the Taliesin Arts Centre in Swansea – what a treat! Thoroughly fantastic and superbly performed by all the actors. It was so enjoyable from start to finish and I could have happily sat there for hours on end watching it. Well done to all – the time, skill and effort you put in paid off. Congratulations on a ‘wonderful’ show. Thanks for doing such brilliant shows. We’ve been to several of now and we have loved every one.” 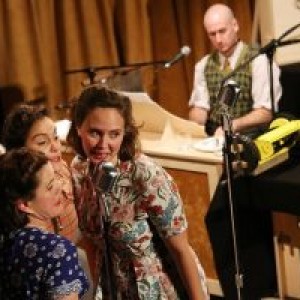 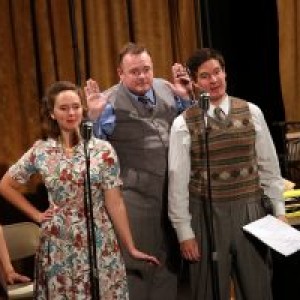 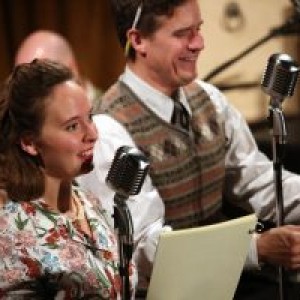